Feast your eyes these delicious recipes and you’ll likely start eating better too.

If you ever needed persuading to eat more healthily, this book should do the trick.Nadia Damaso, author of Eat Better Not Less (Hardie Grant, £15), believes ‘cooking plus photography equals art’ – and if her 150,000 Instagram followers are anything to go by, she could be right.The book’s richly pigmented images are so seductive (don’t even look at the breakfast section if you’re not in a kitchen – the moment I saw page 58, I stopped writing to stash some bananas in the freezerfor the Blueberry quinoa with banana ice cream), Damaso could make even a fussy child believe greens are the most desirable thing on the planet.But it’s not all about the visuals. True, Swiss-born Nadia Damaso has been cooking with her camera at her side since she was a child, but her food philosophy is simple: healthy eating needn’t be boring or one-dimensional.‘None of my dishes requires sacrifice,’ says Damaso. ‘With the right proportions, the right ingredients and a little know-how, they’re all healthy.’Key to eating well is creativity, she believes, and it’s fuelled, in part, by a stint at drama school in Zurich.

‘Cooking is a little bit like acting to me,’ she says. ‘You can completely submerge yourself in another world, express your ideas in your own way, let your imagination run wild and put your own personality and character into new, delicious dishes.’And she’s not precious about her recipes either. Don’t eat dairy? Use whichever plant or animal milk you prefer. Not in the mood for meat? ‘You can leave it out or replace it with a soy product, or be creative and use a totally different ingredient in its place,’ she encourages.That said, her combination of colours, textures and tastes seem pretty fine-tuned to us. Besides, anyone who advocates ice cream for breakfast gets the thumbs up in my book. But if you’re feeling even just slightly more conventional, you could breakfast on Cinnamon millet porridge with fresh figs, cranberries & roasted nuts, or Rhubarb and peach compote with buckwheat granola. Combine this with dishes such as Black rice paella with shitake & wheatgrass aioli orAlmond-crusted pea & edamame balls with tzatziki, and Watermelon pizza with cashew cream for dessertand there’s little chance you’ll want to eat less, but you’ll certainly be eating well!

1/1 tsp each ground paprika and coriander

2 handfuls of red or green spinach

1.Line a baking tray with parchment paper and pre-heat the oven to 180°C/Gas Mark 4.

2.Drizzle the sweet potato, courgette and aubergine with olive oil, season and mix well with your hands. Roast in the oven for 20-30 minutes.

3.Meanwhile, put the avocado flesh into a bowl with the paprika, coriander, salt, pepper and maple syrup. Mash with a fork until well combined.

4.Cut the buns in half and put them in the oven for a few minutes to crisp up.

6. Put some spinach on the bun, spread the avocado on top, add some slices of sweet potato, then a large spoonful of the veg. Spread the other half of the bun with avocado. Place on top of the burger.

I am so excited to share my experience but first of all I want to note the fact that I’m not a fitness coach, a health guru. I don’t even go to the gym, and I’m not a medical expert either. I am busy woman – a practicing psychotherapist – who wanted to lose weight and accidentally discovered a way to do this.I was diagnosed with diabetes 18 years ago, at the age of 37. At that time I was not thinking what I eat or drink.Only few years ago when the scales showed 128 kg and Icould not livemedications, interest in healthy living. 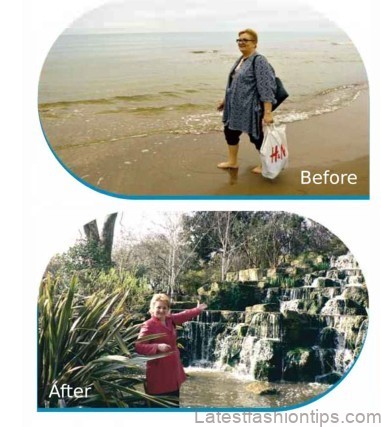 After a little bit of research, I learned that one of the reasonsbehind weight gain is thefact that our bodies are more acidic than they should be.The body removes some toxic acids through urination,defecation and perspiration. However, in the case ofover-acidity, it is incapable of detoxifying fully – someacids stay in the system. To protect itself, the bodycreates fat cells to bind and neutralize acids – a processthat results in weight gain.I wanted to lose weight in a healthy manner, so I startedto control my nutrition where water plays significantrole. So I bought portable water ioniser and started to drink ionised alkaline instead of regular water daily. It unburdens the system significantly, as alkalis flush out acid build-up and restore acid alkaline balance in the body.Because of smaller molecular cluster size ionised alkaline water accounts for its higher fluidity and absorbability It dissolves toxins and fat, penetrates tissues and cells quicker and easier, thus helping the body regulate weight, as it doesn’t need to accumulate fat anymore You can see its ability to dissolve fat in the picture with oil.

I drink ionised alkaline water 20-30 minutes before meals and 45-60 minutes after In few months I noticed obvious changes in my weight loss, in regulation of blood sugar levels, I became more energised and I sleep better at night. Now I know how important water is for every part to function properly. Understanding that our bodies are composed of around 70% of water, the manifold positive effect of ionised alkaline water is nothing to be surprised at. Forones who care abouttheir overall well-being it is a great helper indeed. I wish I’ve learned about it at least few years ago.