Unripe fruits are cut open to obtain the sweet, jellylike seed kernels, which are eaten out of hand or canned for preservation.

Description. Majestic palm, up to 30 m (100 ft) tall with gray-green, palmate leaves that can measure more than 3 m (10 ft) across. Dioecious flowers are borne in large racemes, 70-150 cm (28-59 in) long. Fruits, borne in clusters, are globose or oval, dark brown to black drupes with a smooth skin, measuring 12-18 cm (5-7 in) in diameter. The yellowish or orange fibrous pulp contains 3 hard white seeds. The seeds of immature fruits are soft, jellylike, and transparent.

Origin and Distribution. Native from Southeast Asia throughout India and Pakistan to Iran. This drought-resistant palm thrives in tropical and subtropical climates with or without a distinct dry season. Throughout tropical Asia, the toddy palm is cultivated for its numerous uses and as an attractive ornamental.

Food uses. Very underripe tender fruits are pickled in vinegar or punctured to drink the liquid endosperm of the developing seed, which is similar to coconut water. Unripe fruits are cut open to obtain the sweet, jellylike seed kernels, which are eaten out of hand or canned for preservation. The pulp of ripe fruits is eaten raw or boiled, fried, or roasted.

Male and female flowers are cut to obtain a sugary liquid called toddy. Each inflorescence produces 3 to 6 liters (0.8-1.6 gal) of sap per day for up to 200 days. This sap ferments spontaneously and is a popular alcoholic drink in many Asian regions. The fermented sap is often distilled to produce liquor commonly known as arrack. The unfermented sap, a refreshing drink, is made into a crude sugar called jaggery, also known as Javanese sugar and widely used in Indonesian cuisine. The sweet sap is also used to produce vinegar.

The shoots of germinated seeds have succulent underground stems that are eaten roasted or boiled as vegetables, especially in India and Sri Lanka.

Comments. This plam is the national tree of Cambodia. It is somewhat similar in appearance to the Bismarck palm (Bismarckia nobilis), which is native to Madagascar and equally popular as an ornamental palm. The trunk of the palm consists of very hard wood used in construction and furniture making. The large tough leaves are used for thatching roofs and to make mats, hats, baskets, and many other things. The African palmyra palm (B. flabellifer var. aethiopum), a variety native to Africa, is used like the Asian palmyra palm.

Description. Single-stemmed palm, 20-30 m (66100 ft) tall, with pinnate leaves 4-6 m (13-20 ft) long. These consist of 150-180 tough, leathery leaflets, each 70-90 cm (28-35 in) long. Monoecious, pale yellow flowers are produced in branched inflorescences. Fruits are drupes with a thin hard exocarp, a thick, fibrous mesocarp, and a woody, very hard en-docarp (shell). Ripe, dark brown coconuts contain a layer of white, fatty endosperm (kernel) surrounding the central cavity, which is partly filled with a transparent liquid. In unripe coconuts the gelatinous endosperm is not yet fully developed and the cavity is totally filled with a sweet-tasting liquid endosperm (coconut water).

Origin and Distribution. Most scientists believe that this palm is native to Southeast Asia and Melanesia. Coconuts can be dispersed over great distances by ocean currents and establish themselves in coastal areas. The salt-tolerant plant, now of pantropical distribution, requires a tropical climate with high humidity and high intensity of sunlight.

Food uses. Coconut water is sterile and rich in sodium, potassium, and sugar, making it an energizing drink. The gelatinous endosperm is often scooped out with a spoon. The endosperm of ripe coconuts is used to make coconut milk, which contains about 17% fat. Dried and shredded kernels, called copra, are used to make ice cream, bakery goods, granola bars, and desserts. Coconut oil, which is extracted from copra and contains 65-86% saturated fat, is used mainly for cooking. In germinated coconuts the endosperm converts into a sweet, spongy mass that is sometimes eaten as a snack.

Comments. The fibers of the husks are used to make mats, ropes, and mattresses. Shells are burned to make charcoal. Leaves are used to make brooms and woven to make mats, bowls, hats, and many other items. Coconut husks are often carved to make souvenirs, ash trays, and bowls. Because falling coconuts can cause serious injury, fruits must be harvested before they are fully ripe. Description. Large single-stemmed palm, 20-30 m (66-100 ft) tall, with pinnate leaves 3-6 m (10-20 ft) long. Monoecious flowers are produced in dense axillary clusters with small, 3-petaled individual flowers. Orange-red fruits in bunches weighing 30 to 40 kg (66-88 lbs). Asymmetrical fruits 3-4 cm (1.2- 1.6 in) long with oil-rich mesocarp and a single seed kernel surrounded by a hard endocarp.

Origin and Distribution. Native to tropical West Africa. Oil palms were introduced to Java, Indonesia, by the Dutch in 1848 and to Malaysia in 1910 by Scotsman W. Sime and Englishman H. Darby. The oil palm requires an ultratropical climate with consistent high temperatures and precipitation and is cultivated in equatorial regions of Africa, Asia, and America.

Food uses. Oil extracted from the mesocarp and seed kernel is widely used as an edible oil for cooking and frying and for the production of margarine. The palm oil is an important ingredient in a vast variety of processed foods.

Comments. The orange-brown oil of the African oil palm, which is semisolid at room temperature, contains about 50% saturated fats like palmitate and stearate. This high content makes the fat highly resistant to oxidization when heated.

In recent years, oil of E. guineensis has become a source of biofuel. The largest producers of palm oil are Malaysia and Indonesia. The extensive plantations in monoculture, found worldwide in the tropics but especially in Southeast Asian countries, cause irreversible loss of habitat and biodiversity. A second species, E. oleifera, is native to tropical regions of Central and South America.

The African oil palm produces high yields. One hectare (2.5 acres) of oil palm can produce up to 7 tons of oil per year. The protein-rich residues of the oil extraction and the palm kernel meal are used as animal feed.

Description. Large single-stemmed palm with pinnate fronds, 20-35 m (66-115 ft) tall. Leaves with spiny rachises 3-5 m (10-16 ft) long with 60-80 lanceolate leaflets. Small white flowers in monoecious, sessile inflorescences. Fruits orange oval drupes, 2-3 cm (0.8-1.2 in) long. The oil-rich flesh is of dry, mealy to fibrous consistency. Origin and Distribution. Native to tropical America from southern Mexico to southern Brazil. The palm grows naturally in humid tropical lowlands on river-banks and swampy soils. Most fruits are collected from wild plants and processed locally. Although occasionally grown in plantations, this palm is far less commercially important than its close African relative African oil palm (E. guineensis), which is cultivated in enormous numbers throughout the tropics. Food uses. The fruit and seed oil has a slightly nutty taste and is used as a cooking oil. The heart of palm is edible and good tasting. It is eaten raw in salads or boiled as a side dish. 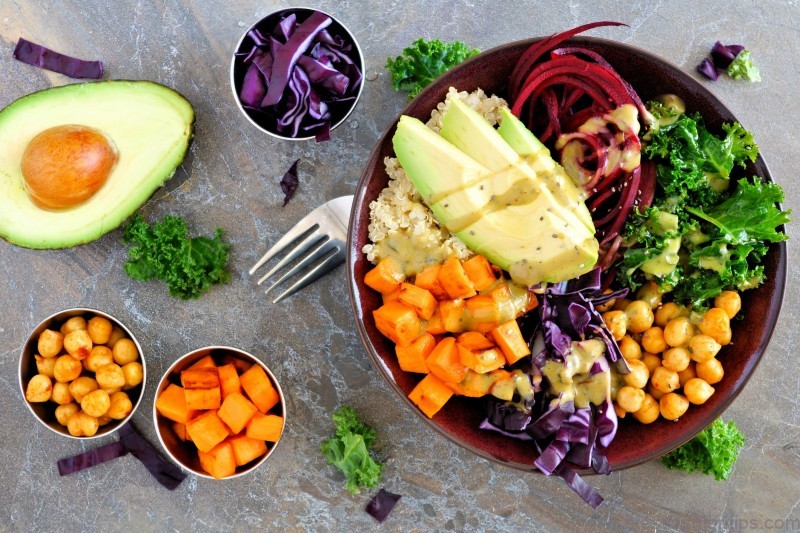 Why Is Fiber Good for You? 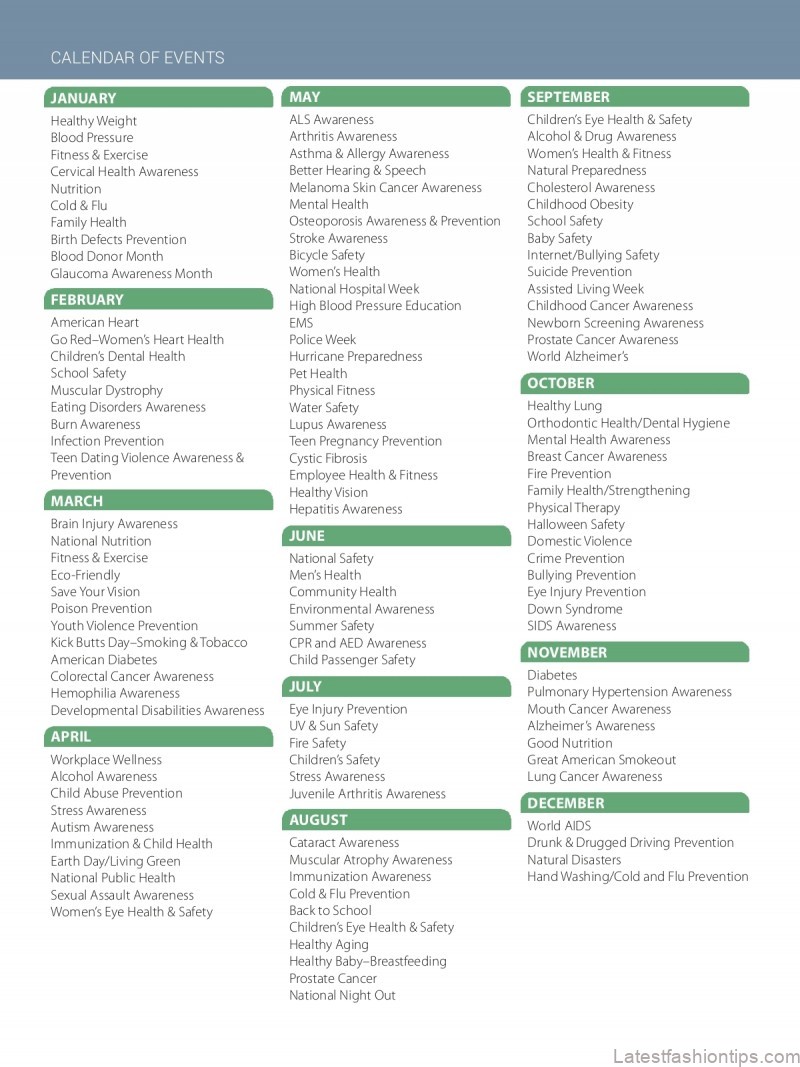