Craig Revel Horwood is on double duty this festive season. As well as his recurring role as Strictly Come Dancing’s evil judge, he’ll also be spending a lot of time dressed up as a swashbuckling pirate. There’s a good reason, of course, as the nation’s favourite TV baddie is appearing in panto this year playing Captain Hook in Peter Pan at the Wycombe Swan Theatre. And while the 50 year old can’t wait to slap the eyeliner on, he admits with a laugh that Johnny Depp’s probably a bit sexier, to be honest. Outside of rehearsals, Craig who lives in Hampshire with his partner Damon Scott says that he loves his role on Strictly as much as when he frst started 11 years ago. With his withering put-downs and witty asides, he’s always entertaining to watch, but he says he takes the dancing seriously in fact, his eagle eye has already picked out the three celebs he thinks will make the fnal! Here, he talks to LFT! about tensions backstage, a royal danceof and which celebs need to start working on their personalities

You’ve said you didn’t think Peter Andre would make the fnal. Have you changed your mind now?

He’d had a couple of dances that didn’t suit him but then brought a fantastic dance to the table when he performed the Charleston. The only problem is he really needed that trump card to come a bit later in the competition. You can see him getting more confdent, though. He’s slower at learning the routines than someone like Jay [McGuiness], but Peter has more personality.

Are Jay’s nerves holding him back?

Yes, he seriously needs to put some efort in now to win the audience vote, otherwise he’ll just go by the wayside. Technique is not everything he really needs to get that personality out there. There were reports of intense rowsbetween him and his dance partner Aliona Vilani.

Have you picked up on that?

Any tension will do them good! It’s up to the teacher to tell the pupil of and sometimes the celebrity does not like being told what to do. With Aliona, maybe there’s tension because she’s trying to get a bit more bite out of him!

It helps if there’s some tension between the celebs, as a bit of competition forces them to get better. Helen [George] generally keeps herself to herself, she’s quite serious about the whole thing. Georgia [May Foote] is starting to get a lot more confdent and it shows in her dancing. Jay is a nervous wreck all the time. Jeremy Vine is an absolute delight and just can’t believe his luck. Peter does a lot of pacing up and down trying to remember his steps. Kellie [Bright] has a lot of commitments with EastEnders but she’s talented and has a lot of fght.

Who will make the final?

I’m thinking Peter, Jay and Kellie. I’d love to see Helen in there, but I do not think she has the personality. It’s all between Helen and Jay in that respect. We’re getting to the stage where everyone can be scoring eights or nines technically, but you need the public to like you, too. James Jordan hit back when you criticised his wife Ola for her calendar being too sexy James is just drumming up publicity to sell that calendar! He had a Twitter spat with Danny Dyer, too. No one cares! You’re campaigning for Simon Cowell to do the Strictly Christmas special.

Who else would you want?

Simon would be fantastic anyone with that much experience in the music industry should be able to put one foot in front of the other. I’d love Sharon Osbourne as she’s so mouthy and she looks incredible. And I’d love to see royalty; Zara Phillips would be great, and a dance-of between Simon Cowell and Prince Harry! You’re doing panto soon I love doing panto, and playing Captain Hook means I get to be dark and sinister one minute, and dancing around to the Strictly theme with kids throwing things at me the next. It’s a great way of introducing children to live theatre.

As Sienna Miller and Ben Affleck get touchy-feely on set, Is romance in the air? 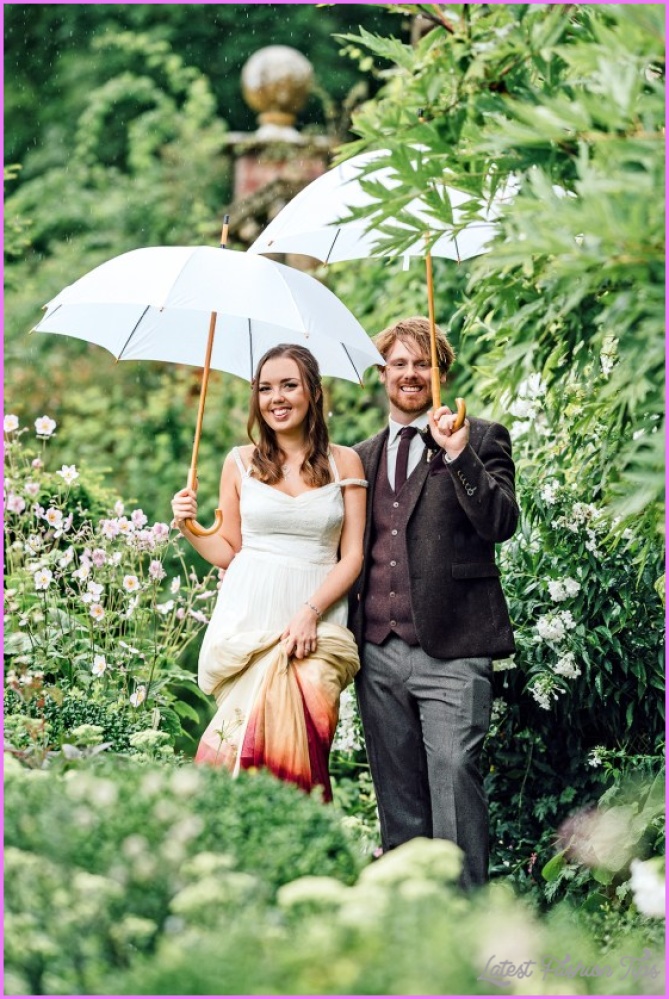