This our Valentine’s Day updo. And I chose this one partially. Because it was very requested it is inspired by Dianna agron she wore it to the SAG Awards, and after she wore it. I got lots, and lots of messages from every social media outlet that, I will a part of asking me to do a tutorial on it. And I thought that would be a great idea. Because this one first of all it is really simple, and really quick which is great, and also. I like that it has a little bit of edge to it but it is still very feminine, and very romantic. So I decided to go ahead, and do the tutorial on that. I hope you guys like it if you want something more feminine, and curled, and romantic for your Valentine’s Day. I really recommend checking through my old posts. Because. I have. So many of those. So if you have anything that you are looking for that’s not quite this feel free to go through that but that’s it.

I hope you guys enjoy this. And I will see you my next post wow. I the first thing you are going to do is create a little diagonal part on whichever side you like your hair to fall on, and then we are going to create three sections around the head the first one is going to be on the side that we just parted the hair on, and grab all the hair this from the ear to that part in Section it out, and then you are going to grab all the hair from the part to the back of the year on the other side, and section that out, and then finally you are going to gather all the hair that’s in the back together, and hold that there then we are going to finish tail each of those sections a fishtail braid is basically when you split the hair, and to then you take small pieces from either side if you do not know how to do that. I will link my tutorial on it in the down bar. So you can check that out. I find that you get the best looking fishtail braid by taking really small pieces, and that creates the most intricate look additionally if you want you can French fishtail braid which is the same thing as a fishtail braid but every time you pull a piece over you add in a piece from outside then you are going to move on to your next piece of hair, and you are going to keep braiding in the direction that you braided that first one. So you braided that one over your head, and for me it was to my right. So, I will going to keep braiding around my head in that direction, and basically you just keep it going like that if you find that the fishtail braid is a little too tricky or too cumbersome for you can always switch to a Dutch braid or a French braid or just a normal braid however you like to do it, and you can see on the top here, I will French fishtail braiding. Because. I just like the look that that had a little bit better.

I come that. I probably went around my head a little better with less bulkiness than it would have otherwise, and once you are done with all those you can go ahead, and pull them apart to create some volume in those braids just to create a little bit more messiness, and looseness there. Because you do not want this quite. So tight, and then once you have that in place you can go ahead, and start arranging those braids as you like just go ahead, and keep pulling them in the direction that you braided them to create a little halo around your head, and if you want before you start doing these braids you can actually tease a little bit through the crown of your head. So you can have some interest going on there but you are just going to pin those braids at multiple points. So you can make sure that they are staying well you are going to pick up your second braid, and take it over the tail of that first braid, and pin that in place wherever you want it, and take the tail of that first braid, and make sure that it is pulled underneath that second braid, and pin it in place. So it does not show. Because you really do not want to see that at all then you keep working on the head, and take the tail of that braid, and kind of position it under the base of the third one, and you are going to take the third braid, and pull it around, and hide it under the first one. So you kind of just play this little game of hide, and seek with braids making sure that the ends are hidden underneath the other ones. So for this last one, I will hiding it right underneath the base of the first grade pity get in place, and you are done. 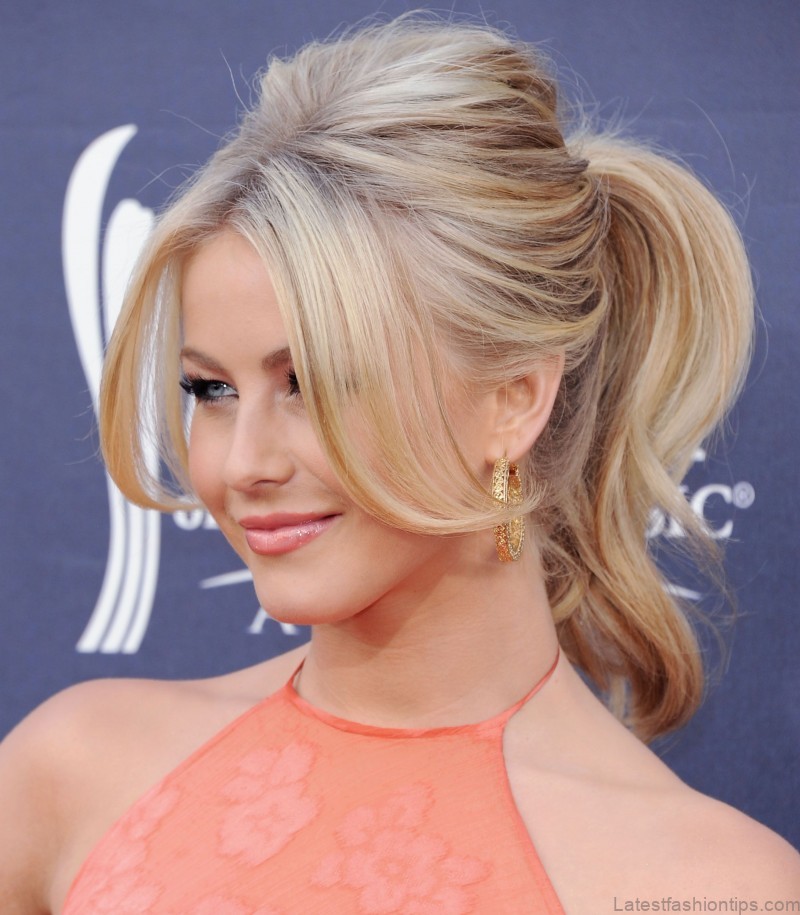 Cute Without Trying Bun – Back To School Updos