Hey everyone. I’m Mindi from LA, and today we are going to film a hairdo I’m calling Double French Back Into A Twist. So a lot of you have been emailing me and sending me great pictures from a show called Game of Thrones. And I have not personally seen it, but I have seen lots of pictures of the hairdos, and they are really clever and quite fun. So we are going to try one out today, and I believe the girl’s name is Sansa that wears this one. Also, a couple fun things about our family that have happened this week. I broke my finger this week doing tumbling, and I landed on it doing a back handspring, and now it is broken. Yeah, it is of course broken. Dad thought it was sprain. It really is a break. We kind of have a running joke in our family. He always thinks they are always sprains. Also, I told some of you before on Facebook that I have this bucket list item, which is to be on The Amazing Race. So I finally, finally did a post application, and it is all in and ready, and they are waiting.

So I did it with my husband, the cameramen, so we would be the team. So if any of you out there happen to know someone that works at CBS, or know someone who knows someone who knows someone, throw in a word for us and we hopefully will cross our fingers and hope we hear from them. OK, onto the hairdo. To begin, I have started by just taking a center part down the back of her head, and then I have done two smaller sections. You can see this is what it is going to look like. I did one finished so you could see it, and one not finished. So it is kind of a rectangular sized section to begin with. And we are going to just do a regular braid tip back a little bit. Thanks. Can you hang onto that? So we are going to just do a completely regular can you tip just like this? Thanks. OK, were just getting the perfect angles for you guys. We’re going to just do a regular French braid innie not outie. We’re going to pick up hair from both sides, so it is just your really super classic traditional French braid. And if you do not know how to do this for some reason, I have a post online showing all of the exact fingering and everything for this braid that I will put a link to. So we are just going to try to keep that part that we had sectioned off before, and we are just doing our French braid. This would be a great second day do.

I have like frog throat today, sorry. Because you could do your hair curly and down the first day and, then use this to kind of pull the crown where you get most of your grease in your hair oils build up back, and also still have the curls in the bottom half, which would be lovely for those. In a hurry on day two of their hair. Once you run out of hair kind of get to where we had parted we are just going to take it into a regular braid. We’re going to just braid down all the way. Almost all the way, I should say, to the end. You can go all way to the end if you want. I’m just not going to. When we get down to where it is about even, we are going to put in an elastic just loosely and then what we are going to do twist you a little tiny bit more. We’re going to just take the braids this is where the twist comes in. I’m going to do this first. I’m just going to pull just a tiny bit. I do not want to make the braid too big, but I do want it to be just a little bit puffier than it was before. So now I’m just going to take them, cross them over each other, and just twist them. Really easy. Very simple. OK, that loose elastic we had before, we are just going to untwist it now. Try not to get a knot. And then we are going to elastic them together. Now, I’m using elastics that match their hair color, just so they are a little more hidden. And there you go. That’s just going to give it a little bit different ending than it would look normally with the twisting in it. Like I said before, we have done curls before we did the post, it just adds a little texture to her hair, and there you go. A lovely Game of Thrones hairdo. Let me turn you one more time so they can see it. All the way around. There you go. Super easy. You’ll love it. I think you will get lots of comments on it. See you later! 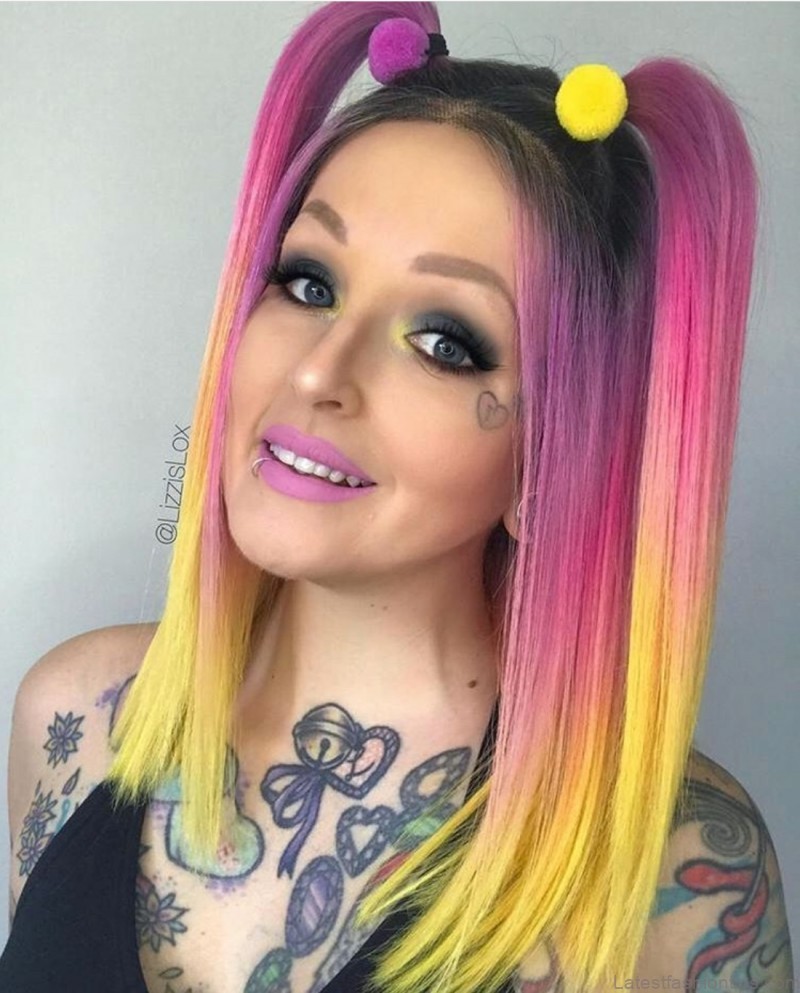