Today, I’m going to be speaking with you about the Gentleman’s Gazette and a free e-book that my friend, Raphael, has put out. I have to tell you, this e-book is awesome. Some people may view us as competitors or something like that. This guy is my friend. We just stopped and met each other the other day, had coffee, actually pretty close to my house here in Wisconsin, and Raphael was telling me about this. I got an advanced copy and now he’s actually putting it out and he’s only allowing so many downloads before he’s going to pull this thing off the web.

He wants to test it, wanted to seed it out there, and I wanted to make sure that you guys, you that commentd to my my blog, that are on my email list, that you all go over to his website here in the next 48 to 72 hours and you download a copy because I know that he’s only going to allow so many downloads and then he’s going to pull it. Raphael plans on using this e-book as a promotion, something he’s going to give away with some of his physical products, but he wanted to get it out there and to get people’s feedback, and I want to make sure you get a copy, so let’s go ahead. If you don’t know about Raphael and the Gentleman’s Gazette, I rank them as the number two menswear website out there when looking at almost I think it was like almost 250 different menswear sites; they were ranked number two just behind Dappered, so definitely a good website, one you should check out in its own right. Even if you don’t want to get on their email list and grab that free e-book, they’ve got tons of great articles. Go check out the Gentleman’s Gazette, but this is what I recommend you do. Go and sign up for his email list today or tomorrow.

Why do you want to do this? Because he is going to give you this free e-book, it’s called Gentleman of Style and it is based off of an older book. I think he talks about it right over here, but basically he links to it over here, but it’s the book Men in Style. So everything he put together, it was inspired from the 1930s and in fact, let me just pull up the e-book and show it to you. It says it’s 36 pages long, but honestly, it’s more like 72 pages because it uses the double side, so I can show you as we start to go through this. It is definitely older school. Now, you may be wondering, How is a guy in Saint Paul, Minnesota going to be able to give me classic style advice especially with more of a European flair? Well, Raphael is actually from Germany, so he came over to the United States. He married an American, went to law school over at the University in Minnesota, so he’s got a very strong attention to detail and he has really pulled together some great information. Now, this e-book is really old school in the sense of the images and everything comes from the 1930s. A lot of what he talks about may not apply to those of you that are looking for a more modern style. It’s just not going to apply to everybody, but what I would say is if you are interested in dressing very classically, a lot of these lessons still applies, so I’ve learned quite a bit reading through this e-book and I highly advice you go check it out especially as it’s free. Now, again, he’s going to be pulling this at some point, so go get your copy, and really that’s about all I got today, guys. I’m going to go ahead.

I know some of you are wondering, Carl, where have you been? What have you been up to? I just got back from a conference in Arizona and I’m working on a really cool project, limited edition ties for each branch of the military, and I’m going to be doing this in conjunction with my friend, Hendrik Pohl, and he owns tiesnecktie.com. We’ve got some amazing neckties that are going to be coming out. This one’s for the Air Force. We’ve got one for the Navy that’s going to be coming out.

We’ve got one for the Army. We’re going to be changing the colors. I’m going to pull off the silver and go with gold. These are going to be the Army colors from about the year 1898, so a pretty cool year, I think, in Army when it comes down their colors, and of course, my beloved Marine Corps. On the back, we’re going to have a saying. This one’s going to have honor, courage, commitment. Any Marine knows that.

Well, I haven’t decided. Maybe I’ll go with Est. November 10, 1775 and then we’re going to have the EGA down here at the bottom. Actually, all of them are going to have on the back side, they’re going to have the official crest or seal of that branch. The cool part about that is that we are actually donating all profits to a number of basically veterans groups that I’m proud of supporting, and that’s probably one of the cool things about having your own business, is you get to do things like that and it’s something I have a lot of fun doing. Again, let’s get back to this e-book. Guys, I highly recommend you go check it out and download it. Worst case, you get off his email list, but Raphael is a great guy. He’s doing amazing things over at the Gentleman’s Gazette and I highly recommend you go grab this and check it out. Take care, gentlemen. I will see you in the next post. Bye-bye. 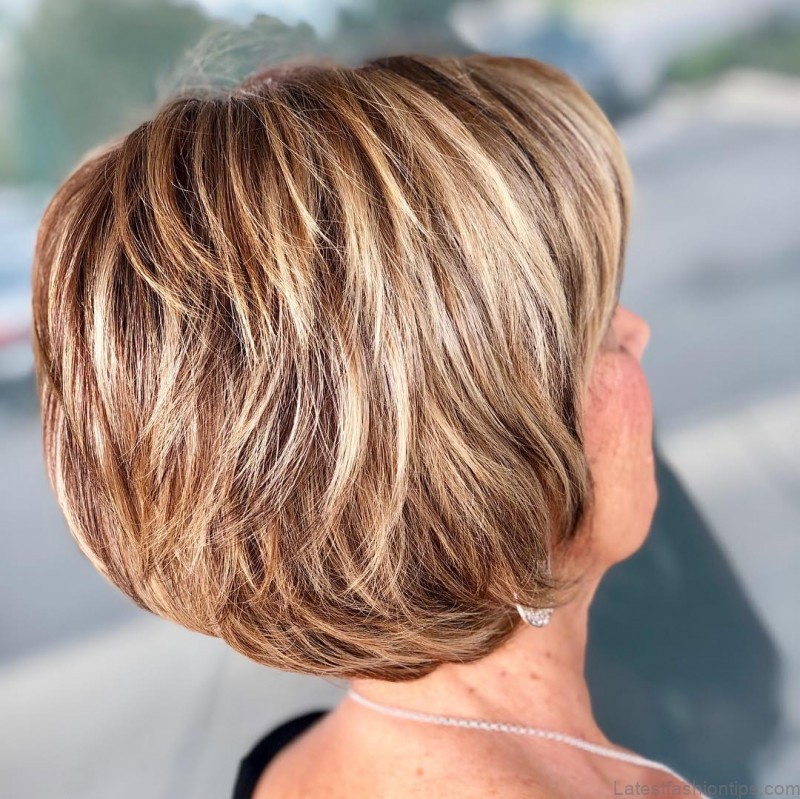 Short Hairstyles For Women Over 60