Your Body’s Responses to Stress

A genetic deficit in a metabolic enzyme biological, peer/parental expectations social, and personality characteristics psychological are examples of mediators.

Finally, physiological and behavioral changes sometimes occur before a stressor is encountered, in anticipation of and in preparation for challenges, threats, and dangers. For example, athletes experience preevent jitters because the activity of the sympathetic nervous and the endocrine systems prepare the muscular and circulatory systems for competition. Even metabolism is enhanced in anticipation of a contest, as energy- rich compounds are transported to muscles. These interactions of the nervous and endocrine systems are explained in detail below.

Historically, three systems of the human body have been viewed as independent participants that are mobilized in response to stressors: the nervous, endocrine, and immune systems. In recent years, however, there has been a growing scientific awareness of interactions between these systems. In fact, for some purposes and responses, they may best be thought of as one large system serving an integrated function, rather than as three distinct systems. The paragraphs below consider each of these independently and present ways that they interact to provide a complex system of protection and adaptive responses.

Think back to a time that you exercised in a very hot, cold, or high-altitude environment. When you entered that extreme environment, your body had to sense the changes in its surroundings, as well as the change in homeostatic balance inside cells. Further, your body had to enhance specific physiological processes and coordinate responses between various systems that were appropriate to counteract the threats to the steady state of your internal environment. Only the central nervous system CNS the brain, spine, and spinal nerves could accomplish these tasks.

Shortly after your CN S sensed the external environmental stressors and the accompanying internal disruptions, the rate of release of certain hormones was altered by the CN S. This is especially true if you exercised intensely for a brief time, or moderately for a prolonged period. A hormone is a chemical that is released into the bloodstream by an endocrine gland and exerts its influence at a target organ. It is removed from the bloodthat is, inactivatedafter it has served its function. Both these events are regulated by the CNS and, interestingly, hormones influence the CNS in return. In some cases, a hormone causes the release of a second hormone, which then causes the release of a third hormone. Where such a sequence of hormone. 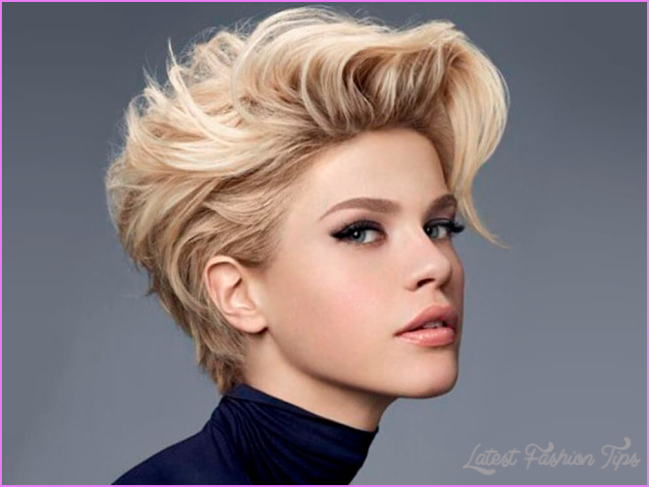 Why is it Okay for me to Eat Fruit and Dairy?

Tags:how models lose weight before a shoot, how to get model skinny in a month, model weight for 5'8, model weight loss before and after