Both fans of the nearly 40-year-old Rocky franchise and moviegoers never impressed by the onscreen Philadelphia pugilist are guaranteed to be amped up for the reboot, Creed. Helmed by Ryan Coogler (Fruitvale Station) the film reunites the director with Michael B. Jordan, who stars as Adonis Creed, son of longtime Rocky rival-turned-best friend Apollo Creed. Possessing the eye of the tiger for boxing, but needing direction, Adonis tracks down Rocky (Sylvester Stallone) to become his trainer. Cue kick-butt inspiring athletic music and killer boxing match scenes. The movie also stars Phylicia Rashad and Tessa Thompson. -RONKE IDOWU REEVES Will Ferrell gives up his usual hapless, bravado stooge movie archetype to co-star with Mark Wahlberg in this Christmas Day comedy. This time, a kinder and gentler Ferrell plays a mild mannered radio executive, who strives to be BSF (best stepdad forever) to his wife’s two children. But when their bad to the bone, freeloading and freewheeling real father (Wahlberg) appears, the two dads end up in a hilarious war for the children’s affection. Look for cartoonish home and mall mishap gags inspired by Home Alone, Vacation and more in this family friendly romp. RIR Spectre (Metro-Goldwyn-Mayer/ Columbia Pictures) Until the powers that be get their marching orders right and crown Idris Elba as the next James Bond, fans should enjoy Spectre, the much-anticipated latest post in the franchise. In it, a cryptic message from the past sends Bond (Daniel Craig) on a rogue mission to Mexico City and Rome. 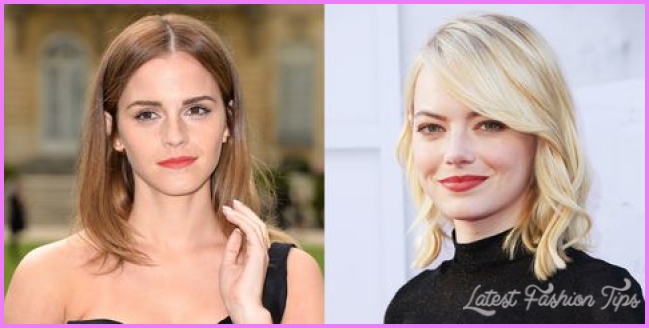 What To Expect From Healthy Massage Therapy?